While Memorial Day at present honors active military personnel who died serving their country, the origin of the holiday was rooted in an effort to commemorate soldiers from both the North and the South who lost their lives in the War Between the States.


There is a strong Granny’s Pantry connection with this original Decoration Day tribute, as the holiday was once called.


John Calvin Morgan was born in 1935 in Rowan County, NC. 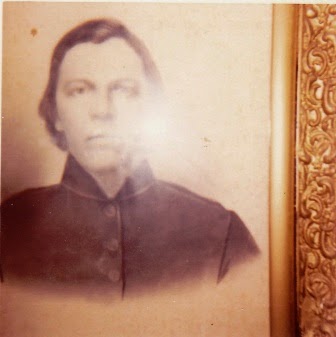 He married Rachel E. Wyatt, also born in 1835, and they lived not far from the Yadkin River. John and Rachel had two children, Mary Jane (b. 1856) and John Noah Calvin (b. 1862). Unfortunately, due to the War Between the States, they were not destined to live happily ever after together. 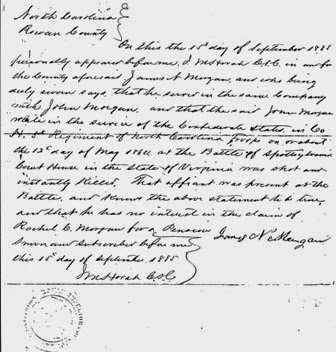 According to family records, John enlisted in the 5th Regiment, Co. H, NC Troops, where he served with his cousin, James Nathan Morgan. In sworn testimony in 1885, Nathan Morgan reported that, “on or about the 12th day of May 1864 at the Battle of Spottsylvania [sic] Court House in the State of Virginia [John Morgan] was shot and instantly killed.”  We don’t know where John was buried. 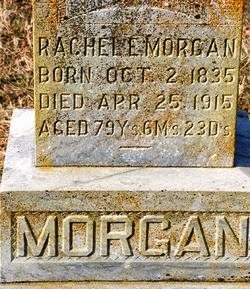 John and Rachel’s son, Calvin, and his wife, Eugenia A. Culp, lived on the farm that we now call the Cow Palace and they became the parents of Granny Cole (of High Rock).
The Granny’s Pantry connection with service in the Civil War continued when Granny Cole’s granddaughter, Jenny,

This grandson-in-law, has long been interested in Civil War history, partly due to his own great-grandfather’s service. This story had a happier ending, but still leaves some unanswered questions.There were 3 brothers with the last name of Partin from Wake Co., NC (Willow Spring area).  Two of the brothers enlisted in 1862 in Co. H, 40th Regiment, which became the 3rd Regiment, NC Light Artillery, which finally became the 13th battalion, NC Light Artillery (Co. F). The third brother joined them in 1864. One of the brothers, Mark Allison Partin, was Donald’s mother’s grandfather. 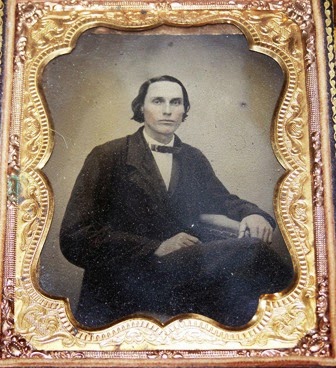 The Partin brothers served throughout the War. According to family history, the 3 Partin brothers were present at Appomattox, and we know that they all survived. Family history and a letter from a seminary president who knew Mark in 1915 said that Mark A. Partin surrendered at Appomattox with Co. E of the 26th NC Troops. There is no record in the Appomattox rosters that M.A. Partin actually surrendered. We believe that he and his brothers simply faded away from the formalities and headed for home.
Also according to family history and artifacts, when Mark returned home, he brought with him pieces from the famous apple orchard at Appomattox, uprooted, according to Mark, in 30 minutes or less. He also brought a white linen star on a blue field cut from a battle flag.


What was the flag from which Mark received the star remnant? Could it have been the flag of the 13th Light Artillery, a group with which Mark served? There were 71 flags surrendered at Appomattox---was the 13th flag among them? Could it have been the last battle flag of the 26th NC Troops? The battle flag of the 26 NC Regiment was captured in the Battle of Hatcher’s Run. Was there a new flag issued to the 26th following that event?
[A conservationist from the NC MOH has stated that the star remnant is in keeping with the time period and the materials are consistent with those of a Confederate battle flag. She also stated that the flag remnant had obviously been subjected to a great deal of hardship as it looked as if it had been in mud or blood.]
There is no record that the 26th Troops battle flag was one that was surrendered at Appomattox.  And if the flag remnant should be from the 26th, why did it come home in Mark Partin’s possession?  We have a possible theory, also rooted in romance:
Mark’s future wife, who was also his cousin, was the sister of J. Q. Adams who served with the 26th, died in New Bern after the capture and is buried in the mound there. We have family letters from J. Q. Adams to his sister while stationed at New Bern. Since the flag remnant was kept by the family with those letters, did Mark take a piece of the 26th battle flag home to Adams’ sister (whom he later married) as a memorial to her brother from the 26th that died during the War?  At this point---these questions remain unanswered.
Mark Partin’s possible connection with the 26th NC Troops becomes important because his great grandson (and Granny Cole’s grandson-in-law) is a member of the 26th NC Troops Reactivated—a Civil War Reenactment group. He does this to honor the memory of his ancestors and others who served in this conflict that had such a devastating impact on families in both the North and the South.A number of Donald’s family members have reenacted with him in the 26th, including his daughters and sons-in-law. 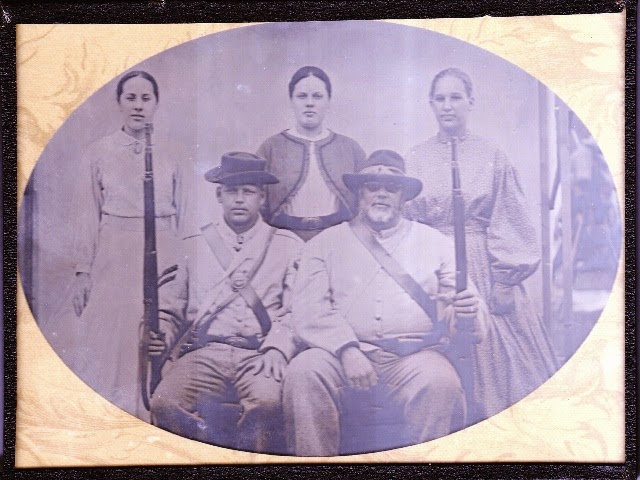 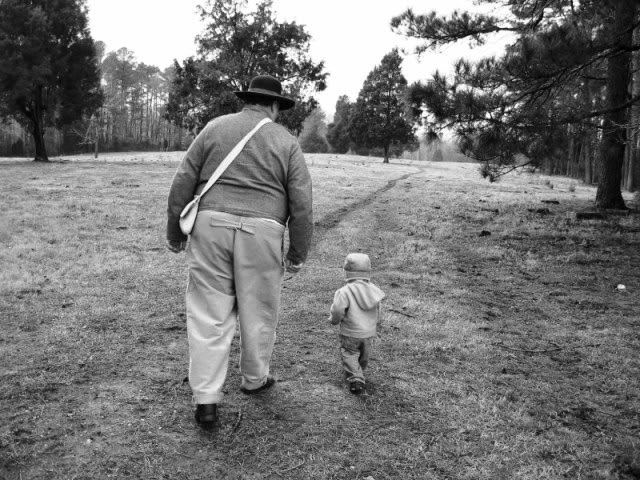 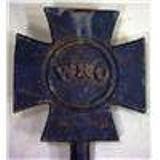 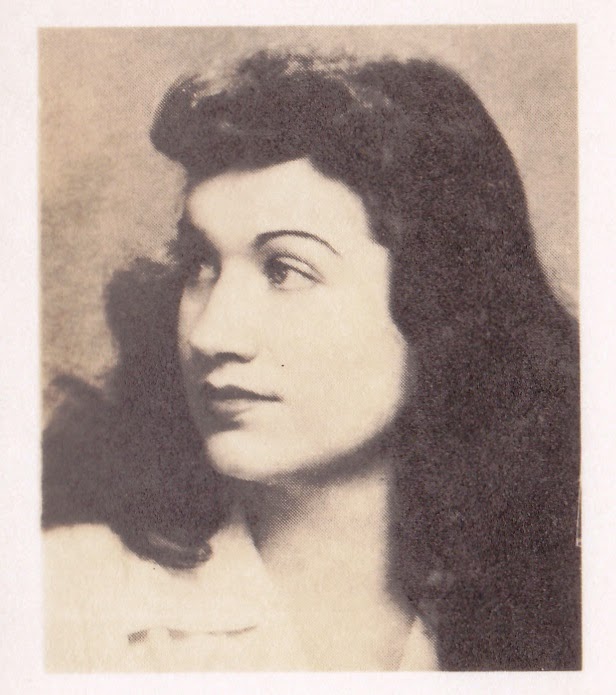 Oliver Wendell Holmes, Sr. said, “Man has his will—but woman has her way.” That would be  Martha Virginia Cole Johnson. Granny Cole’s baby daughter was definitely cut out of the same piece of cloth as her mother: they were/are both strong willed and determined Southern women.
Martha Virginia was so little at birth that they called her “Biddy” aka “baby chicken.” It stuck as “Bid,” and that’s what  Granny Cole and her sister, Ruthie, always called her.

Her brother, Brooks, called her “Marthee” or “Myrt”.

Martha Virginia grew up on the farm at High Rock. I’m not saying…but I suspect…that she was a tad bit spoiled by her mother and father. 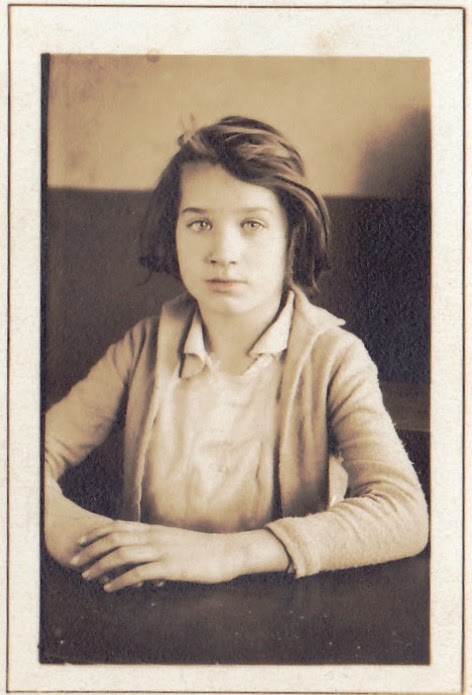 However it happened, she is an independent spirit and doesn’t like to be told what to do (unless she asked for advice…which didn’t happen much). She went to school in Denton, North Carolina, population back then = not many. After high school, she  attended Pfeiffer College and Woman’s College (now UNC-Greensboro) , where she majored in home economics and romance (from what we hear).

She moved to Draper, North Carolina (now part of Eden), to teach school.

As the story goes, one day she was walking down the street when a dashing young preacher, in town to conduct a revival, was standing on the stairs of the boarding where she lived and he was staying temporarily.

He, whose name was Jimmie Johnson and who was eleven years her senior, saw her coming. He said she was engaged to someone else at the time. He said that as soon as he saw her, he knew she was “The One,” and dropped his comb down in front of her to catch her attention. She picked it up and came up to meet him. The next time he saw her, he said, she was not wearing her diamond ring. She said she wasn't engaged at the time and  she had already noticed him driving by in the tiny Southern  town and liked the way he looked. Who knows what the real story is. Jimmie soon left the area, leaving her to wonder if she would see him again. He phoned her, however, and proposed.  They were married three months later-- December of 1944. 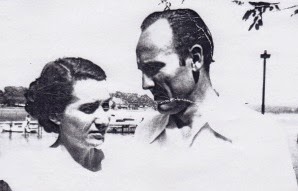 Martha Virginia stopped teaching that next summer to become a full time wife. She and Jimmie made their home with her parents at High Rock where they lived until after their first child, Jenny Wren, was born. Jimmie’s travels as an evangelist took him to Raleigh, NC, and he conducted a revival in a tobacco warehouse in nearby Fuquay Springs. 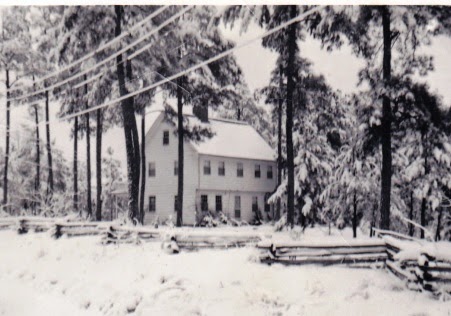 They built a house there about 1950, and their second child, Jane Ruth, was born. A son, James Thomas, Jr., would follow eight years later. 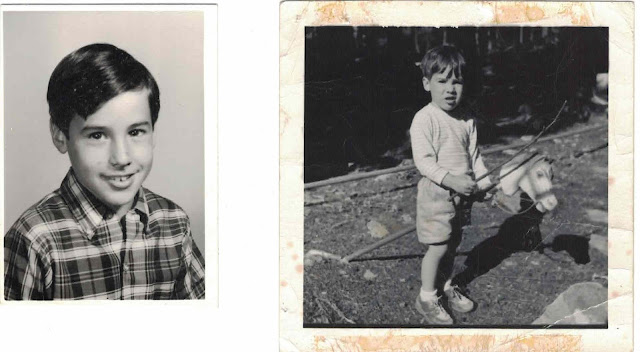 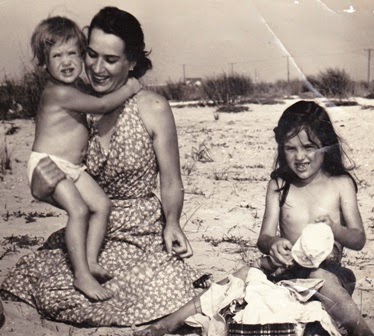 Her children say that Martha Virginia was always busy. A full time housewife and mother for many years, she also worked for a local architecture firm and a junior high school math teacher. The family often traveled with Jimmie to his preaching engagements at camps and in tent meetings in the summer time. She attended church regularly and actively in her early married life, and served as head of the Woman’s Missionary Union, taught women’s study courses, and helped start a church day care that is still going strong thirty years later.


Martha Virginia is known for being a wonderful hostess and cook. She could sew, quilt, braid rugs, and decorate. She and Jimmie collected many unique and interesting antiques and artifacts in their travels together.

In the 1980’s, Martha Virginia and Jimmie sold their home in (now) Fuquay-Varina to move back to High Rock where they remodeled a house a mile from her home place. She and her husband could now enjoy a more rural setting in which to garden and enjoy a quieter time together. The solitude was short lived as she soon shared caretaker duties for her mother, and then her husband, and later her sister.


Martha Virginia is a very private person. As time passes, she has become more so. 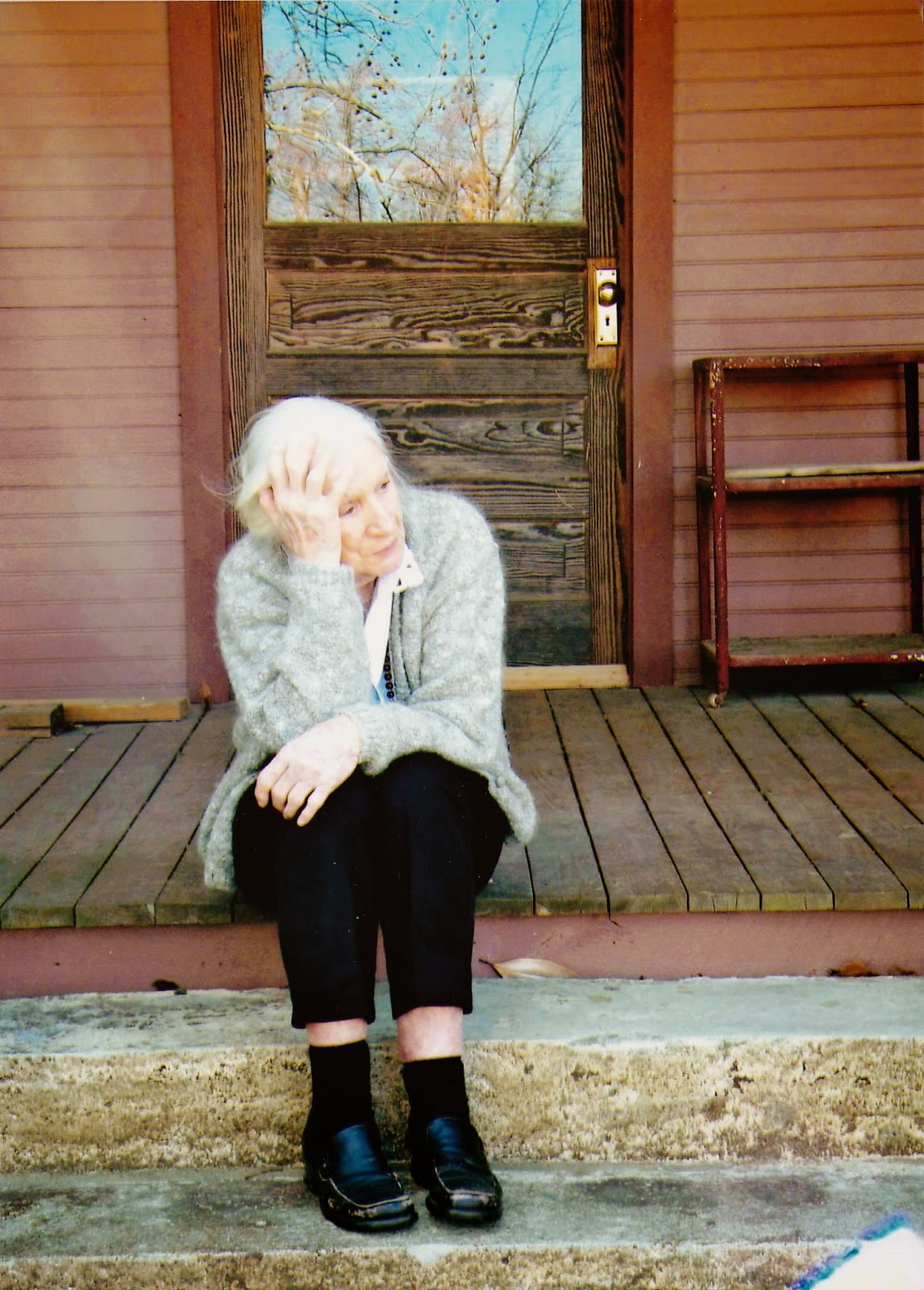 She spent her later days at home reading or helping her son care for her sister. She pursued her faith in a very private way, no longer going out to church. At family gatherings, where she would once spend hours in the kitchen before and after the event, she was content to sit and let the younger women handle the festivities.
She moved to Carillon, now Addison, in Fuquay-Varina in 2016, where she has been cared for by the loving staff and visited by
her family. 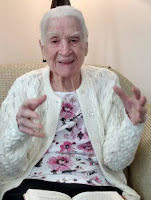 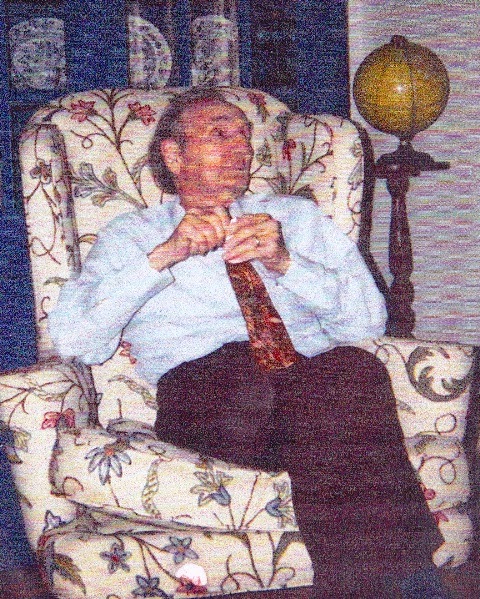 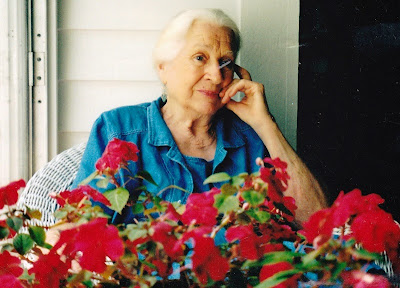 Posted by JennyJohnson at 4:20 PM No comments: