There weren't many rules when you went to Granny's house at High Rock. Mostly, you just did what you wanted to do. Fun!

But there were a few--mainly 4 very important ones that were drilled into you so deeply you would not forget them! 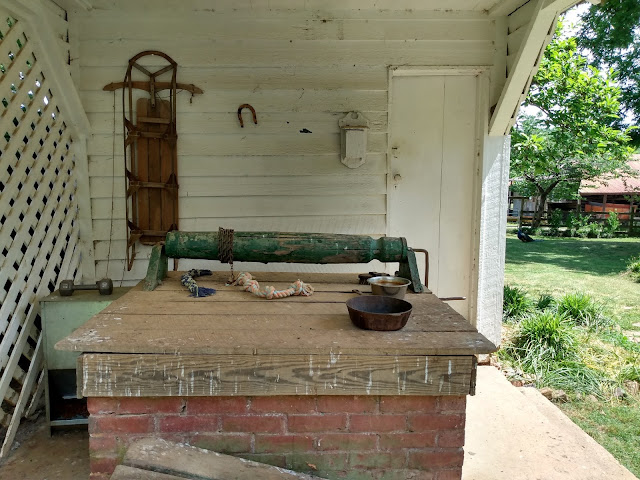 The well had a cover, of course. But it was wooden. And you were  never never to stand on top of the well cover. It just was not acceptable behavior and was not done.

2. Do not play with the windless.

As fascinating as that contraption with the rope or chain wrapped around it with the metal handle was which allowed the bucket to be lowered into and pulled up from the well, playing with it (i.e., turning it or winding it--whatever--was forbidden. It might "get away from you" and hit you in the teeth.

3. Do not get too close to the railing around the stairway in the upstairs hall. 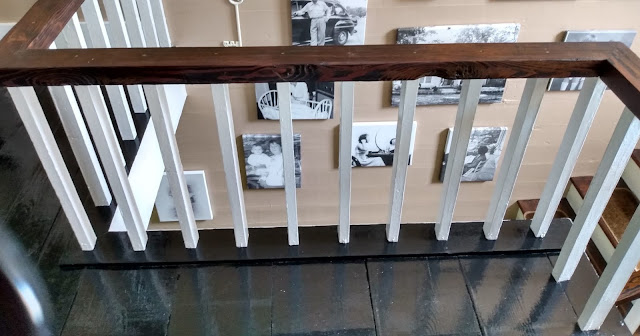 The railing upstairs was unusually short, for unknown reasons. It hit an adult about knee high. Therefore, if you got too close to it, especially if you were a child, you might fall over and plunge to the steps below.

Granddaddy Cole plowed with horses for a long time before he had a tractor. He had one team of two named Dan and Ada. Dan was a big,  white, even tempered male. Sometimes you could even ride Dan. Not so, Ada. She was dark brown and had a sketchy reputation. Not sure exactly why she was to be feared, unless it was because she was a mare, but nevertheless, one was never ever to go into Ada's stable in the barn. She was always stabled in the front right and Dan in the left. So you knew which part of the barn to avoid.
These rules didn't seem to oppressive to us. We managed nicely despite them. But we still remember them today.

Posted by JennyJohnson at 6:32 PM No comments: