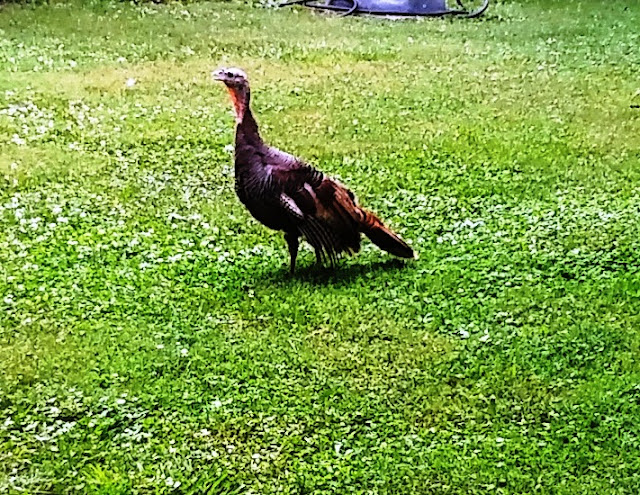 She's feeling much better, but she walks with a limp.
She's been released to the wild.  But...
It doesn't look like she wants to leave the comforts of the farm at High Rock.
There is food... 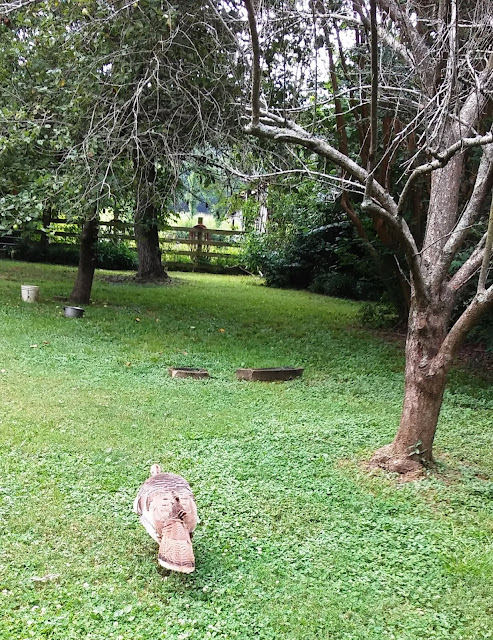 and there are friends... 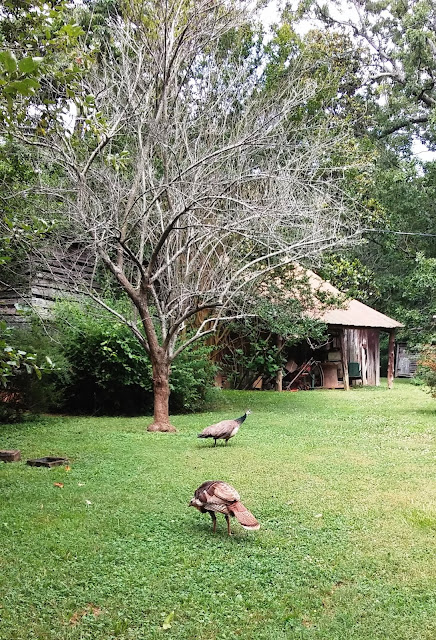 In 1972, researchers began a turkey reintroduction project in Massachusetts. Ten years later, the researchers found that, " The turkeys that figured out how to thrive in tandem with human activity were dramatically more likely to survive tough winters than those who stuck to the woods" (Y. Appelbaum,  The Atlantic, 11/25/2015). 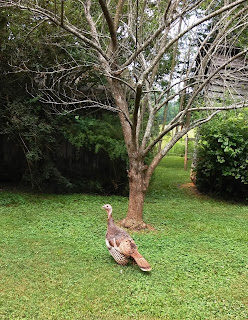 I think the High Rock turkey read the article. I think she may have found a new home.

In My Father's house are many dwelling places;
if it were not so, I would have told you;
for I go to prepare a place for you. (John 14:2)


Update 8.4.18
Apparently, the call of the wild was just too strong. She has been gone about a month. Happy Trails, Turkey Lady!


Posted by JennyJohnson at 8:00 PM No comments: