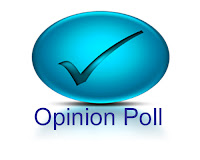 The reality of Heaven as a dwelling place for life after death is no secret to believers who read and know the Bible. Granted, the idea that there is an actual place where we can live forever without end in the presence of God. Jesus, the angels and a host of fellow believers in an existence without pain, worry, conflict and other earthy concerns seems the stuff of fantasy. Our earthly minds are not equipped to comprehend a timeless eternity in a place of incomprehensible beauty, such as described by John in Revelation 21:
11 It shone with the glory of God and sparkled like a precious stone—like jasper as clear as crystal. 12 The city wall was broad and high, with twelve gates guarded by twelve angels. And the names of the twelve tribes of Israel were written on the gates. 13 There were three gates on each side—east, north, south, and west. 14 The wall of the city had twelve foundation stones, and on them were written the names of the twelve apostles of the Lamb. 18 The wall was made of jasper, and the city was pure gold, as clear as glass. 19 The wall of the city was built on foundation stones inlaid with twelve precious stones: the first was jasper, the second sapphire, the third agate, the fourth emerald, 20 the fifth onyx, the sixth carnelian, the seventh chrysolite, the eighth beryl, the ninth topaz, the tenth chrysoprase, the eleventh jacinth, the twelfth amethyst.21 The twelve gates were made of pearls—each gate from a single pearl! And the main street was pure gold, as clear as glass.22 I saw no temple in the city, for the Lord God Almighty and the Lamb are its temple. 23 And the city has no need of sun or moon, for the glory of God illuminates the city, and the Lamb is its light. 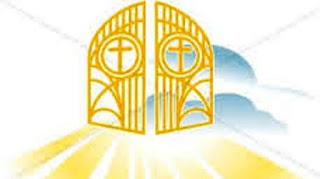 Accepting Heaven as a true and real hope for believers may take the kind of childlike faith, trust and simplicity Jesus was talking about when he said: “I tell you the truth, unless you turn from your sins and become like little children, you will never get into the Kingdom of Heaven” (Matthew 18:3) and "Let the children come to me. Don't stop them! For the Kingdom of Heaven belongs to those who are like these children” (Matthew 19:14). 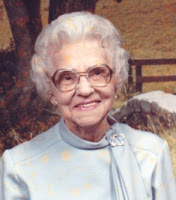 When my Rachael was about two, our beloved great Aunt Myrtle (who lived downstairs from us at the time) died. We explained to her that Aunt Myrtle had gone to Heaven.

That was good. But what we failed to do was tell her something more about Heaven that she could understand. Before the funeral, Rachael and Martha were with us as we drove by the funeral home holding the earthly remains of our children’s great great aunt. We must have said something like, “That’s where Aunt Myrtle is.”
Rachael, taking our earlier conversation literally, responded with “Is that Heaven?” 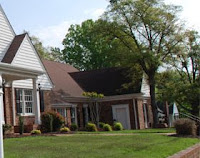 Well…no…Sugg Funeral Home in Fuquay-Varina, NC in August of 1982 was not Heaven.

Posted by JennyJohnson at 8:18 PM No comments:


It is 7 miles from Denton—the nearest town-- to High Rock, where Granny Cole lived. In the old days, that was the road you mostly took to reach her.  So, when you crossed the bridge over Lick Creek and then went through the little crossroads of Healing Springs, you were almost there …......3 more miles.

Healing Springs, in those days, was just a dot on the map and a means to the end of reaching Granny's house.  It never occurred to me for years that there was hidden history behind the familiar name.  And even when I heard that the”springs” was a real place people would visit for its healing powers, I didn’t know exactly where to find it.


According to the NC History Project, “Beginning in the 1830s, resorts and health spas emerged across the state … near mineral and hot springs.” This era has been called the “Golden Age of Health Resorts in North Carolina.”  Indeed, I believe there were between 50-75 such springs, both famous and not-so, at the time Dr. A.N. Bell reported on “The Climate and Mineral Springs of North Carolina” in Transactions of the American Climatological Association: For the Years 1893 and 1894  published in 1895.


B. Madden states that “There were baths, spas, and springs located in many counties, but they were particularly concentrated in Western North Carolina, the Piedmont, and the Sandhills region.  Different types of springs boasted different services and medicinal properties:  some mineral waters were meant for bathing, some were meant for drinking and food preparation, and others were for both.”  Popular springs were often accessible by railroad and offered hotel and/or cabin accommodations, spring houses or pavilions for taking on the healing waters, and social and recreational activities. Among the better known springs were the Grove Park Inn (Asheville), Vade Mecum Springs (Hanging Rock State Park), White Sulphur Springs (Mt. Airy) and Hot Springs (Hot Springs). [And I might add...we have our own Fuquay Springs and Chalybeate Springs.]


I don’t believe that Healing Springs would be considered in the above company, but nevertheless, it was a popular place of healing from the 1840’s, past the turn of the century and into the early 1900’s. These healing waters were first used by Indians and later by white settlers following the Rev War. 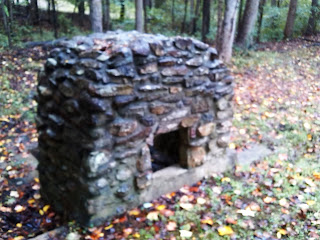 The resort once offered cabins to accommodate weary travelers, small rock grotto-like shelters and a soaking pool for treating whatever ailed them in body and a tavern for their food and “spirit” needs. 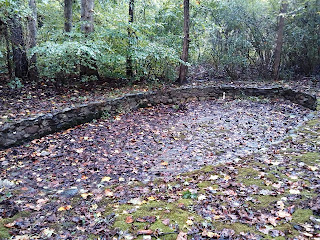 According to Dr. Bell, the Healing Springs were considered to be chalybeate-type springs, which (I found out) means their waters were impregnated with salts of iron. How well they worked to cure the variety of ills for which spring treatments were famous…I have no idea…except that I did read a quote from Mr. C.G. Davidson (1951), about another such place, that “there is little evidence that the healing of more than ennui was accomplished.”

Who is to say?  I think I would have been a frequent and loyal visitor.  In fact, with so many springs around the state, I could have easily made a career of going from one to another to do my own type of “research.”


But back to my discovery. A mile or two north of the crossroads with the same name on Highway 8 in Davidson County. At the entrance to The Springs at High Rock (an upscale housing community), there is a small park-like space on the right. Despite a misty rain, I was determined to explore an area I had only been able to glimpse from the road. 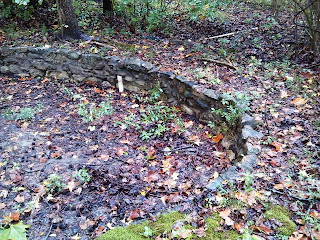 Cell phone camera in hand, I became a visitor (even if 100 years late) to the Healing Springs Resort. Here’s what I found. 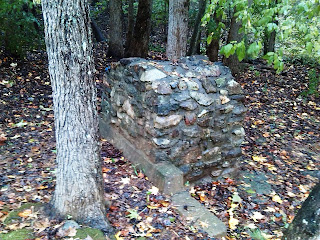 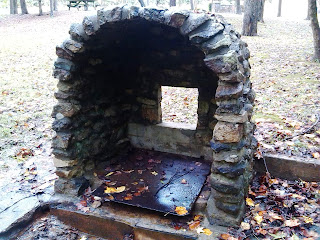 I understand that there are also foundation remains of resort cabins scattered on the slopes of High Rock Mountain above where I stood. Exploring those would have to wait for another day.

Come to me, all you who are weary and burdened, and I will give you rest. Take my yoke upon you and learn from me, for I am gentle and humble in heart, and you will find rest for your souls.
(Matthew 11:28)
My soul finds rest in God alone; my salvation comes from him. He alone is my rock and my salvation; he is my fortress, I will never be shaken. (Psalm 62:1-2)