When I was a child, I remember a wonderful book about an imaginary bird town named Wington and the birds who lived there. The stories used the lives of those birds to teach Christian principles of the life of the believer. The book, originally published in 1948, but still available today, is entitled Bird Life in Wington by John Calvin Reid. 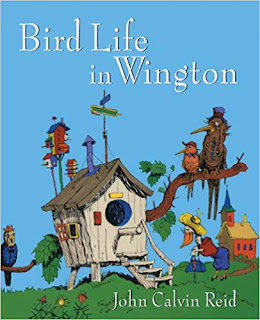 We can learn a lot from our feathered and furred friends.
I was reminded of that book when I thought about these visitors to our hay field yesterday. 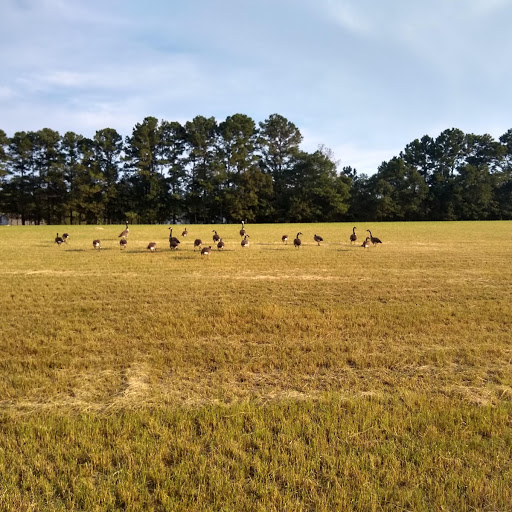 I'd first seen them floating on the pond like a veritable armada. As we drove around, checking on the hay field, we saw that they had left the pond and congregated on land. As we drove slowly closer and by the group, I was sad to see one of them was disabled by a club foot, perhaps from an encounter with a hungry turtle on the pond.

There were at least 21 of these Canada Geese, and they moved out of what they perceived to be harm's way as we passed in the truck. One or two appeared to have the job of guard, and they stretched down their wings in a defensive stance. There was no panic, and no mass flight. Rather they just stayed together and moved further into the field as a group. 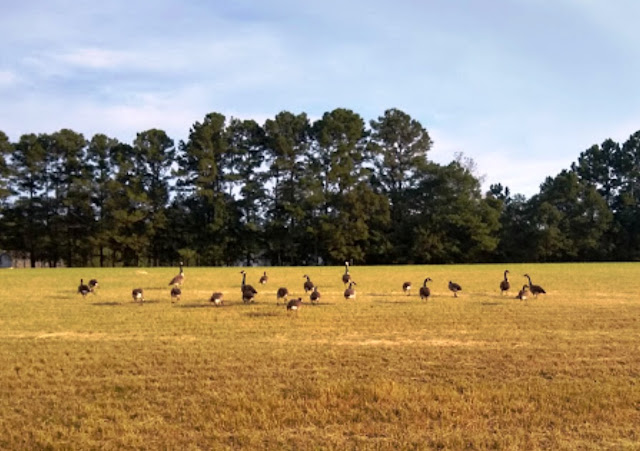 I looked up what a group of such geese is called...and the dictionary said it was a gaggle (if they were on land). I wasn't sure what "gaggle" really meant, so again I looked it up and, in addition to a group of at least three geese on land, it also means, "a disorderly or noisy group of people."

And now for the lesson learned from those geese visitors--Do I want to be part of the disorderly, noisy mass or do I want to be a worthy companion to my fellow believers and non-believers with whom I spend my time?

What I personally choose to do in front of those around me can impact my companions for better or for worse.
Likewise, I can also  be influenced by those I choose to have around me for the good or for the bad.
Both are my choice.
Proverbs 13:20 says:
Whoever walks with the wise becomes wise, but the companion of fools will suffer harm.


Posted by JennyJohnson at 8:03 PM No comments:

For all of my life--a considerable length of time--a majestic oak has stood in the middle of the elliptical drive beside of Granny's house at High Rock. 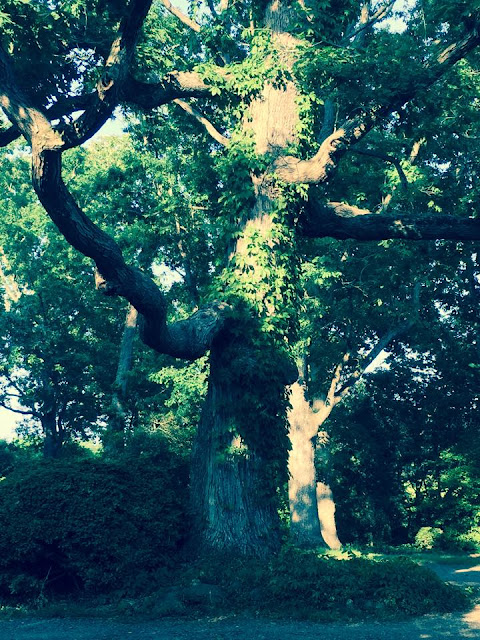 I'm not sure what type of oak it is, but I suspect White Oak. The life span of this oak can be 200-300 years. So this tree may have been mature already when the High Rock house was built in the late 1800's.
It likely watched the walls of the house go up and oversaw the coming and goings and life changes at High Rock from Granddaddy Cole's generation (b. 1895) and into the summer of 2019. 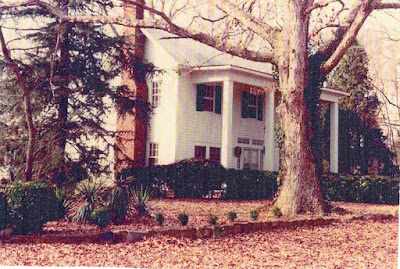 On July 6th about 3 in the afternoon, we visited the High Rock farm for a few minutes. It had been a while, and we just wanted to be there for a little while. As we drove up and parked in front of and beside the old oak, we could see a distinctive crack down the trunk and a bit of a lean to one side. One of our party had an uncanny feeling of distinct danger, and warned us to move the vehicle and take care.
Another of us was not as  careful, and stood just under the tree to take pictures of the peacocks walking underneath. 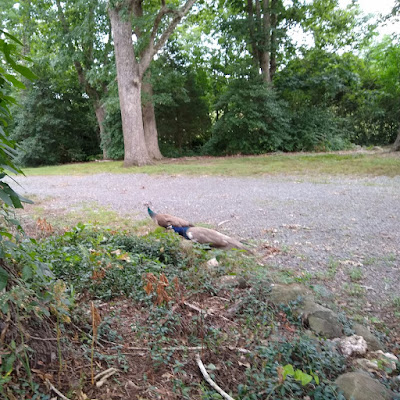 We wandered around the yard and through the house, so full of poignant memories. About 4 pm, we drove away down the cedar lined drive and turned toward home. 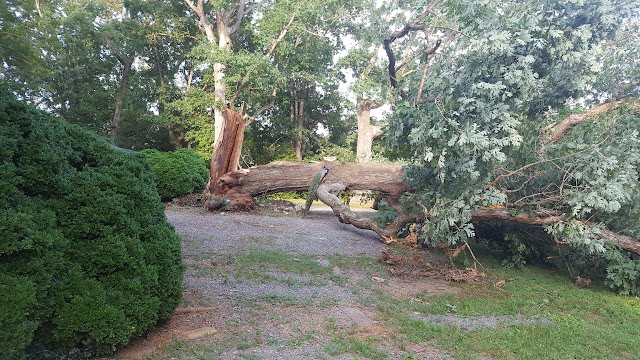 Sometime in the two hour space between when we drove away and 6 pm, when the grounds were checked again, the old tree gave up and tumbled to the ground. There was no storm, no wind...she just was done. She took with her the car shed and wheat house, ancient structures that will also be missed. 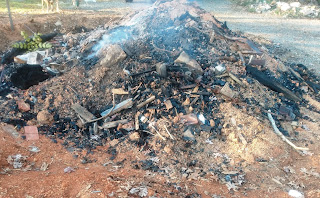 
No one was there to see her end...or to hear the thundering crash it made as it fell except the peacocks 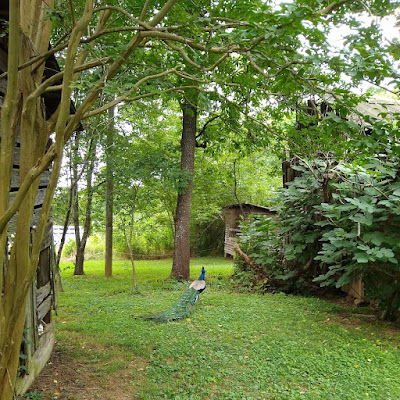 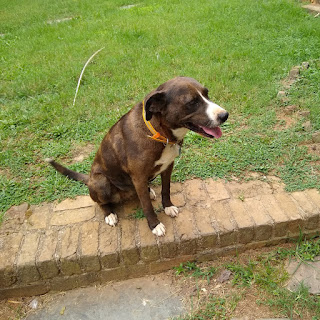 We may never know when the old tree fell, whether as we drove down away down the driveway or just before it was found lying on the ground two hours later.
What we do believe is that we experienced a miracle, and God was merciful in letting the tree do no damage to any of us who visited that Saturday afternoon. We are grateful.
Good-bye, old friend. 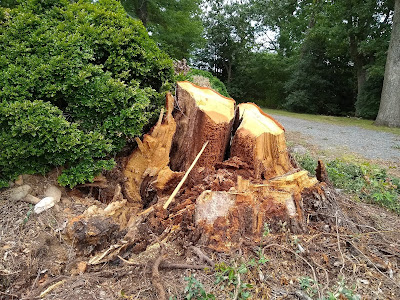 Though I walk in the midst of trouble, you preserve my life
(Psalm 138:7a)
Posted by JennyJohnson at 7:41 PM No comments: