Was your outing cancelled?

Was your flight delayed?
Did you have to miss the big meeting?
Did you spend 5 hours on the freeway getting home?
Or..did you get to spend two or three whole days sleeping late or watching old movies or reading that book or sledding or just being? 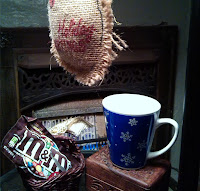 Please don't blame (or praise) your local/national weatherman for what comes...(as we sometimes like to do). He/she was just the bearer of the news. 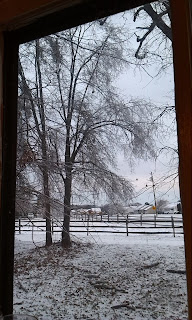 The real Mastermind of the weather is far above the weatherman's pay grade. 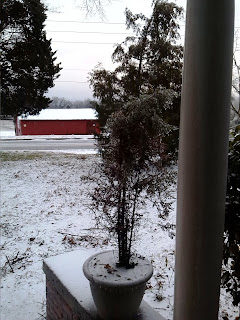 When He imparted weight to the wind and meted out the waters by measure, when He set a limit for the rain and a course for the thunderbolt, then He saw it and declared it; He established it and also searched it out.  (Job 28:25-27)
He gives rain on the earth and sends water on the fields (Job 5:10)
He causes the vapors to ascend from the ends of the earth; who makes lightnings for the rain, who brings forth the wind from His treasuries.  (Psalm 135:7)

Fire and hail, snow and clouds; Stormy wind, fulfilling His word (Psalm 148:8)
Behold, God is exalted, and we do not know Him; the number of His years is unsearchable. For He draws up the drops of water, they distill rain from the mist, which the clouds pour down, they drip upon man abundantly. Can anyone understand the spreading of the clouds, the thundering of His pavilion?  Behold, He spreads His lightning about Him, and He covers the depths of the sea. For by these He judges peoples; He gives food in abundance. He covers His hands with the lightning, and commands it to strike the mark. Its noise declares His presence; the cattle also, concerning what is coming up.  (Job 36:26-33) 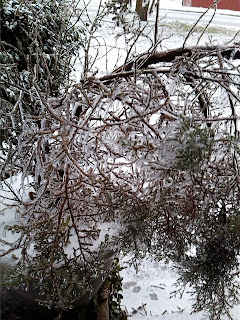 Have you entered the storehouses of the snow, or have you seen the storehouses of the hail, which I have reserved for the time of distress, for the day of war and battle?  Where is the way that the light is divided, or the east wind scattered on the earth? Who has cleft a channel for the flood, or a way for the thunderbolt, to bring rain on a land without people, on a desert without a man in it, to satisfy the waste and desolate land and to make the seeds of grass to sprout? Has the rain a father? Or who has begotten the drops of dew? From whose womb has come the ice? And the frost of heaven, who has given it birth?  Water becomes hard like stone, and the surface of the deep is imprisoned.  (Job 38:22-30) 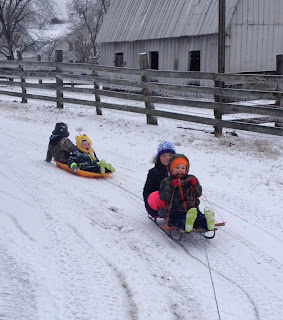 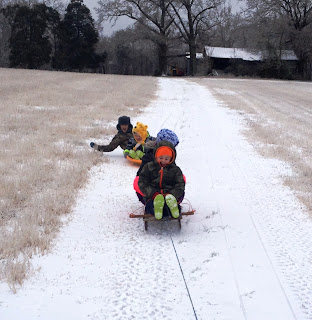 And let's not forget to "Give thanks in all circumstances" (I Thessalonians  5:18)

Posted by JennyJohnson at 3:44 PM No comments: