One of the "most funnest" things to do during a visit to the farm at High Rock was going to the mill with Granddaddy Cole. Since the farm produced its own wheat, corn and other grains, trips to the mill were necessary to grind or shell the grains into usable forms, such as keeping the flour box full for Granny Cole's pantry or providing food for the animals (shelled corn, etc.). 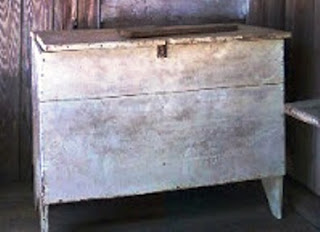 Childhood entertainment, as we know it today, (aka technology) was not a factor in the 1950's. There was not even always a telephone. So a trip to the mill was Big.
There are no memories of a truck. I think the trips must have happened in his and Granny's black Chevrolet.
There were two mills that I remember, but I don't know why he chose one over another at any given time. There must have been a reason, but asking him now isn't an option.

One was a small mill in a tiny dot on the map called Southmont, about 11 miles from High Rock. You had to cross part of High Rock Lake to get there. I've looked for signs of it lately along Hwy. 8, and it seems to be gone, like so many other small mills in the area. [Nevertheless, I still like to ride through Southmont for the memories, and to view this house up on a hill beside of the road, just because I like it.] 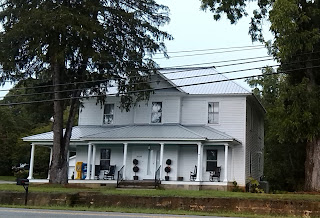 The other mill, the one I remember best, was in the small town of Richfield across the Yadkin River in Rowan County. It's about 10 miles from High Rock.

That was a bigger mill than Southmont, and recent ramblings show that not only is it still standing, but also it's on the National Register of Historic Places as of 2016.
https://www.nps.gov/nr/feature/places/16000647.htm 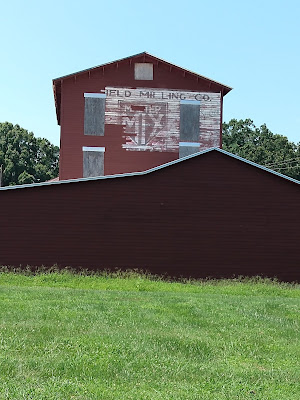 You can still read part of the name of the structure from an end view, Richfield Milling Co. It's described as a roller type mill built sometime between 1910 and 1920, depending on the source. A Salisbury Post (Dec. 20, 2016) article described the mill in this way:
"Built near the railroad, the mill served local farmers selling their grain crops for shipment to larger markets and for their own use and animal feed. (https://www.salisburypost.com/2016/12/20/old-richfield-mill-added-national-register/) 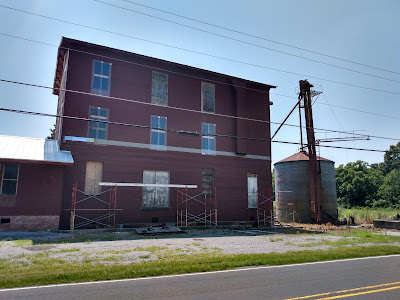 The (fuzzy) picture below, taken several months ago, shows the mill in a
state of disrepair. You can still see the checkerboard pattern of Purina Feeds between two of the top windows. 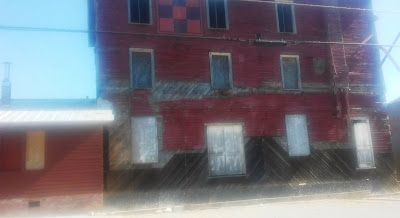 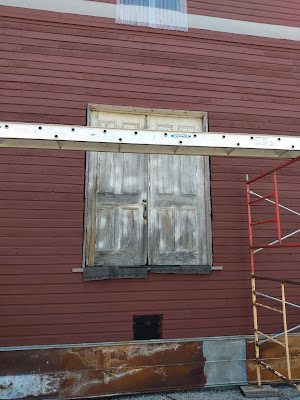 A recent, similar view of the front shows efforts to restore the mill are underway. Now, any time I want to re-live going to the mill with Granddaddy, I can. 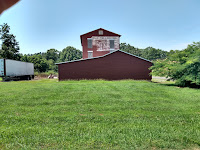 24 Truly, truly, I say to you, unless a grain of wheat falls into the earth and dies, it remains alone; but if it dies, it bears much fruit. 25 Whoever loves his life loses it, and whoever hates his life in this world will keep it for eternal life. 26 If anyone serves me, he must follow me; and where I am, there will my servant be also. If anyone serves me, the Father will honor him.  (John 12:24-26)
Posted by JennyJohnson at 8:33 PM No comments:

The best place to eat a fig is standing at Granny's fig bush...the one just outside of the back door at High Rock. 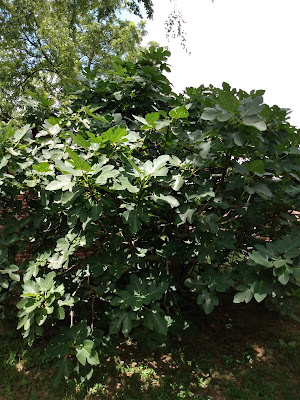 The best way to eat a fig is to pull the ripe ones (not too green, not too mushy) from the bush when they are that purplish, pinkish, greenish color that says they are just right. 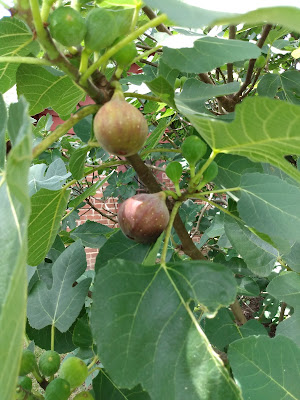 Gently break apart the outer skin with your fingers and suck out the soft, fleshy middle. Reach for another and repeat. 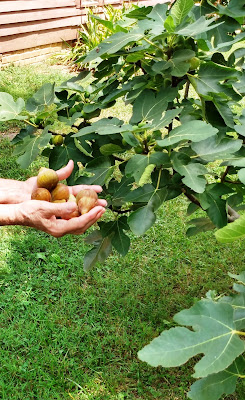 Eating figs straight from the bush is like partaking of any other of life's delicacies. One too many and you spoil the experience. Better to stop when you still want more. 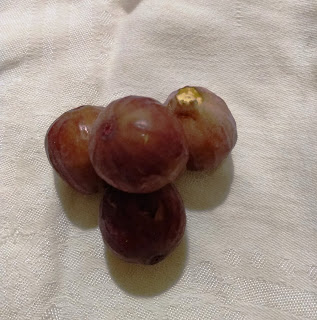 Of course you can gather figs to make make everything from fig newtons, to stuffed figs, to fig preserves, to fig salads, to figgy pudding and beyond.

But figs are a bit like Old Testament manna. If you take too many home to eat later in their plain form, somehow they lose their appeal. 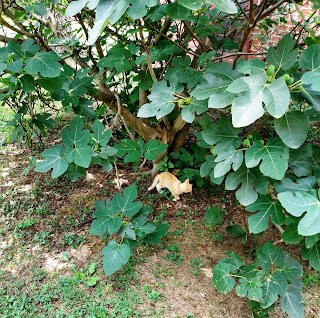 Therefore, as stated earlier, "The best place to eat a fig is standing at Granny's fig bush."

It shall come to pass in the latter days…
they shall sit every man under his vine and under his fig tree,
and no one shall make them afraid,
for the mouth of the Lord of hosts has spoken.
(Micah 4:1a, 4)

Posted by JennyJohnson at 10:40 AM No comments: