The pull of High Rock is strong, even when one has been away for years. So it was with Mayme and Mose.  Both had close family ties to High Rock, but lived their adult lives in other states. Each found the way back home.


Mayme was Granddaddy’s Cole’s sister and born and reared at High Rock.  How she came to be “Mayme,” I don’t know, but it fit her better than her birth name, Mary Dell.  Aunt Mayme was born on June 20, 1882, but please don’t tell her I told you, as her age was her secret. She had her pride. Most of her life was spent teaching business education to high school students, much of it in Columbus, Georgia. She loved her job and her students. I think they took the place of the husband and family she never had.  She traveled back home for summer holidays by train to High Rock.  I knew her when she retired and moved home to live in two rented rooms in a big old house on Kerr Street in Salisbury. She owned her own land and an old house about two miles from where she was born, but she never lived there. 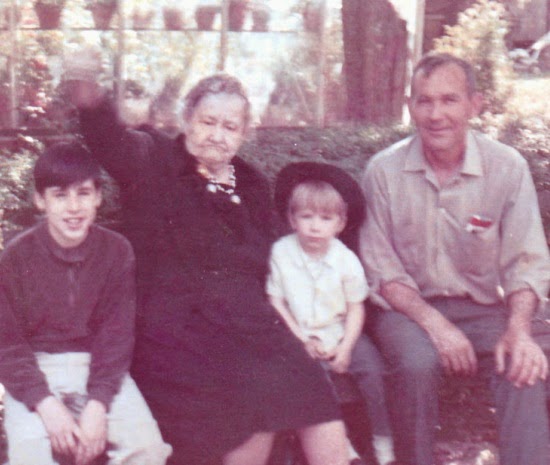 Aunt Mayme’s world was her typewriter. She took greeting cards others sent to her, pasted her name over the senders’ names, turned the envelopes inside out, readdressed them, and off they would go again.  She recycled long before it was cool. She painted her fingernails a bright red, and had an autographed picture of Clark Gable, with whom I think she was in love. When Aunt Mayme could no longer live alone, she moved to a nursing home in Spencer, still within about 25 miles of High Rock.


She was generous and gave strange presents at Christmas, which I now realize were vintage treasures. She bought me a beautiful lavender dress for a piano recital (the event for which it was worn is better forgotten). Her wedding gift to me was a sewing basket I still use and a card on which she mis-typed “Anut Mayme.” Think about it. But she called my husband Prince Charming. She got that part right. Possibly her most infamous gift was at the Christmas dinner table at High Rock when she passed out envelopes with gifts for “Mothers of Sons.”  That sounds gracious and bighearted, until you understand that her sentiment only covered two of the eligible ladies at the table, and totally left out the other niece, who also never married and had no children. It was an omission that lives long in the annals of our family.
Mary Dell Cole—Aunt Mayme--died at 98, and her body lies at Lick Creek Church, a mile and a half from home. 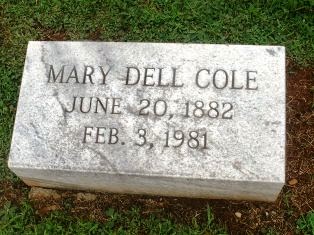 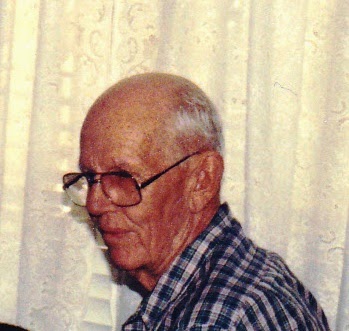 We called him “Mozell.” It was years before I knew it really stood for Mose L. He was a bachelor who spent most of his life working in Norfolk, Virginia—I think in a shipyard. He came back to live in a house he built on land that belonged to his mother’s people, about 2 miles from High Rock. She was Jane Reid, and he built his small brick house about a half mile from the old Reid Plantation that stood on Cabin Creek. [The Plantation house, barn and outbuildings have now been moved and restored at the Denton Farm Park.]


MoseL appreciated antiques and history and was politically and economically savvy. He loved his Dobermans and enjoyed Old Crow. He laughed easily and was well-liked in the community.
MoseL lived alone, but took part in High Rock family gatherings after he came back to live. MoseL gave local pottery for Christmas or something old and interesting, like individual salt cellars. 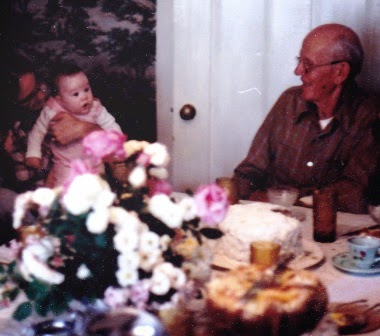 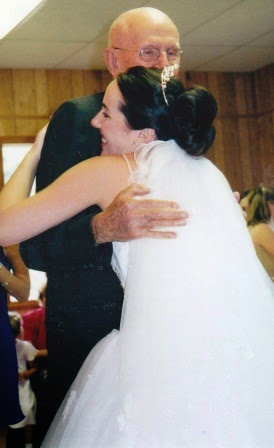 MoseL was almost 90 when he died, and his body also lies in the Lick Creek Church cemetery. 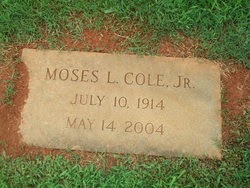 Aunt Mayme and Cousin Mose---every family should have them.
We miss them at High Rock.

Teach us to realize the brevity of life, so that we may grow in wisdom.
Psalm 90:12

Posted by JennyJohnson at 9:19 PM No comments: 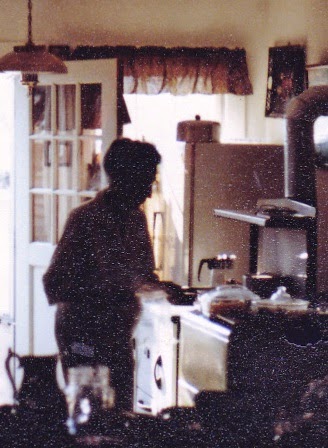 To say that Granny Cole was a good cook would be like saying the sun shines and warms the earth…some things are just given.
In my earliest memories, Granny cooked on a white enamel wood stove. When they got an electric stove, for a long time she still kept the wood stove in the kitchen with it. One never knew when there might be a need for both, or maybe it was her way of holding on to what was familiar.
For breakfast, Granny might cook biscuits…ham or sausage, eggs, grits…biscuits…no…BISCUITS!*  Making those heavenly morsels was so second nature to her…looked so easy. Granny was a master at biscuitcraft. Warm with homemade jam or honey from High Rock bee hives or just plain and cold, it didn’t matter. They were the best!
The ham was cut from salt cured hams hanging in Granddaddy’s smokehouse a few steps from the back door. 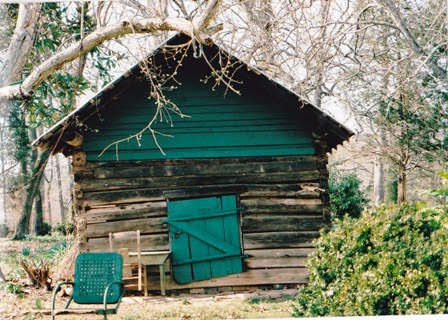 The hams were provided by the hogs Granddaddy slaughtered from the pen a little further out of the back door. So did pork roasts and pork chops and sausage and souse meat and liver pudding (never acquired a taste for those last two).
Of course it was also OK, if it appealed to you, to have leftover apple pie for breakfast, or one of my personal favorites, Granny’s pound cake smeared with peanut butter.
Noon dinner was the big meal of the day—and supper might consist of whatever was leftover and Granny had put “under the cloth” in the middle of the table. That hiding place was a great destination for anyone hungry for a snack.
Some of Granny’s simple specialties made possible by the bounties of the farm were The Best Fried Chicken Ever (thanks also to the chickens in the yard), fried fish (from Granddaddy’s fish traps), homemade French fries, boiled potatoes, peas, butterbeans, corn-off-the-cob, baked chicken, kraut, homemade pickles, sweet potatoes, potato salad, deviled eggs, wilted salad, green beans cooked Southern style without even the slightest hint of a crunch, mashed potatoes and ham gravy…I could go on…all served with

homemade butter churned from milk provided by High Rock cows…and of course, iced tea. And if you needed salt as a condiment, it might be available in the little individual salt cellars at each place setting…and there would be a table cloth.
Speaking of pies, there were the usual and incredible apple, peach, pecan (in all of its sticky gooeyness), but then there was grape and a custard pie with strawberries embedded that will likely also be in Heaven. You might go out with a bucket even before getting dressed for the day and pick enough blackberries for Granny to transform into a pie of tart delight.
Granny’s apple “fried pies”* were a sort of turnover with a dried apple mixture filling prepared in a black iron skillet. She dried the apples herself in the back window of an old Chevrolet sitting in the back yard. With that recipe and a booth at the State Fair, we could be zillionaires.

Did I mention her pound cake? Or the tall and fluffy coconut cake from real coconut—not the plastic stuff?

There might also be citrus ambrosia—also with coconut (a fruit to which I am now addicted)-- and maybe persimmon pudding* from persimmons touched by the first frost.
She made ice cream in her refrigerator’s freezer section using aluminum ice trays as containers.*
Her homemade wine was sweet nectar from scuppernongs behind the chicken house (and when she left us, she took the recipe). She canned their juice without fermentation for those of us too young for the brew. 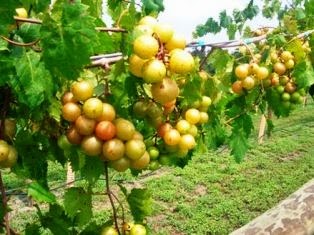 For “research purposes,” I interviewed an in-law family member about what he could remember from Granny’s cooking. I found the results intriguing.
And I quote:
“Her breakfasts were extraordinary.”
“She cooked so many different things—she could make turnips good and I hated turnips.”
“She made desserts I’d never had before.”
“Her food was just ridiculous!”  [Which, being translated by one who understands his meaning, can also read, “She cooked so much and served so much and it was all so good…it was just ridiculous!”]


Unfortunately, I don’t have a lot of Granny’s recipes to share. Maybe one day I’ll inherit her cookbook and let you buy a copy…but until then, you might enjoy the links at the bottom of this blog post.*


I do, however, have one of her best recipes…the ultimate go-to comfort food…to share. I can’t tell you how many bowls have been consumed or how much pure joy it has given.

Granny Cole’s Vegetable Soup Recipe
Boil a hambone to make the soup stock
(or equivalent--should have some pieces of ham on bone)
Fry onions in butter lightly—don’t burn.
Add to the soup stock**
Lightly fried onions
Fresh tomatoes
Okra
Irish potatoes—cut into small chunks
Corn
Butter beans
Cabbage--cut into pieces and added late in cooking (optional)
Salt
Pepper
Sugar—small amount
Cook soup slow and low for a long time.
**Use fresh ingredients if at all possible.
You are on your own as to exact amounts and cooking time  J
[This recipe for Granny Cole’s soup is as per Martha Virginia Cole Johnson (Granny’s daughter) as she remembered it.]

Posted by JennyJohnson at 5:55 PM No comments: