According to realtree.com, "the traditional way to hunt spring turkeys is with a shotgun and because of that, many serious turkey hunters have a dedicated "turkey gun.."
At least that's what most folks think of when they think of a turkey hunt.
According to outdoorlife.com, "Sometimes turkey hunting is like magic..."
Just like this story.
Once upon a time, during turkey season, there was a turkey lady with a hurt foot. A brave hunter came along who was fair and had a soft heart. He and his lovely daughter rescued the turkey lady with the hurt foot. Not wanting to sidestep any regulations of the kingdom concerning hurt turkeys, they called the wildlife office. But alas, the turkey failed to qualify for turkey rehabilitation, and so the brave hunter took matters into his own hands. 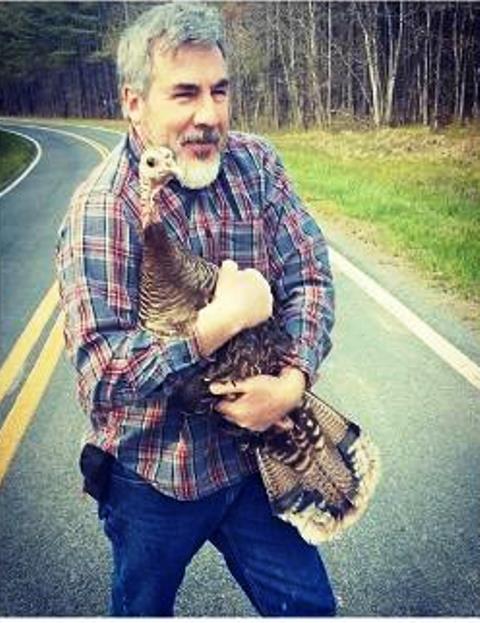 Not wanting the turkey lady to become coyote dessert, the hunter took the turkey lady to High Rock and checked her into a turkey hotel for rest and recuperation.
But the story gets better. One day the hunter discovered the turkey lady had laid 2 large turkey sized eggs. And then, while walking in the yard of High Rock, the hunter found another large egg lying on the ground....this time a peacock egg.
And so he slipped the peacock egg underneath the turkey along with her own eggs. And there she sits today...waiting for her diverse family to hatch.
Will this be another Ugly Duckling-like happy ending?   Stay tuned.

Update:  We have baby turkeys...6-8 (not sure of exact count yet). Don't think the peacock egg hatched. The pics are not good, as she is a vigilant mother! Look closely at the red arrows.
Update to the update. Unfortunately, the baby turkeys didn't make it. The fell prey as so many small things do on the farm. And when mama turkey recovered, one day she just disappeared. We like to think she's back in the wild with another family to enjoy. 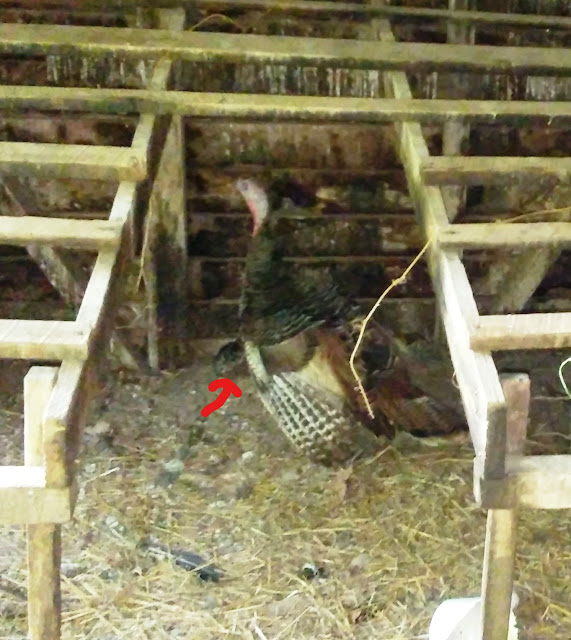 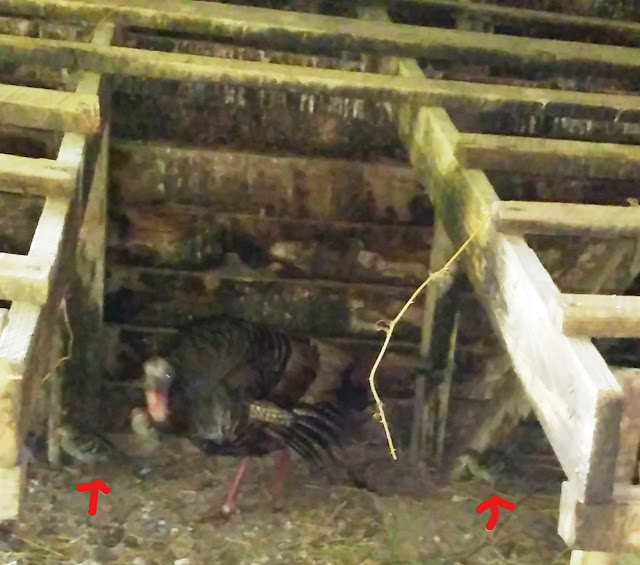 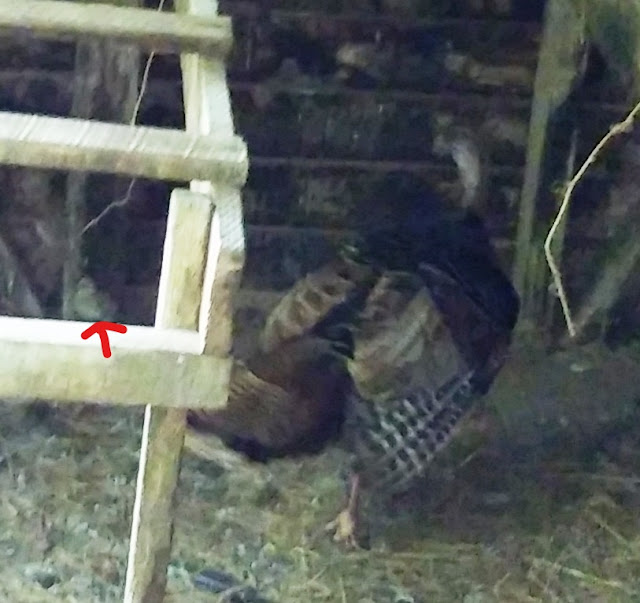 But a Samaritan, as he journeyed, came to where he was,
and when he saw him,
he had compassion. (Luke 10:33)
Posted by JennyJohnson at 9:20 PM No comments: