Sometimes--and in some places--strange things happen. Such is the case around the High Rock area where Granny and Granddaddy Cole lived. Here are some of those strange happenings--some sad...some just plain strange.

One strange event took place at the Cow Palace, a farm in Rowan County, NC,  where Granny Cole (Freda Morgan) grew up. Inside of the house is a set of stairs in the hall leading to the upper bedrooms. Granny said that when she was young, she heard a strange moaning sound as she was using the stairs. 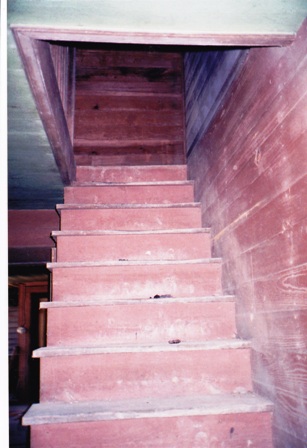 A theory was that her brothers were playing a trick with a string causing the  sound, but  they denied it. She never found out what made the sound. Could it be that the Morgan house was haunted? If so, wonder where that ghost  lives now?

Did you know that Granny Cole also saw a UFO one night at her High Rock house? The details are lost, but I think she was outside in the side yard of her house when she saw it. Who is to say it didn't happen? [She is not the only one I know who has seen one.]

Granny Cole had a nephew who sometimes stayed at the Cow Palace after the house was empty. He had some hard times in his life and was a bit different. Granny and we all cared about him, but he also had a reputation for having a temper and being a bit difficult in some circumstances. Later in his life, he stayed at the empty home of a lady who lived down the road and around the corner from the Cow Palace.  This nephew told a family member that if he were ever found dead, it was because he was killed by someone who had a grudge against him. 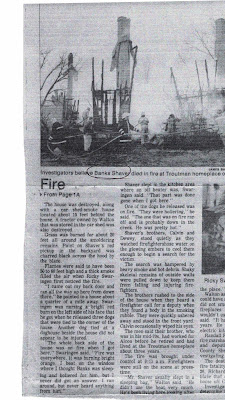 And sure enough, he died in a fire in the house where he was staying. The house was totally destroyed. 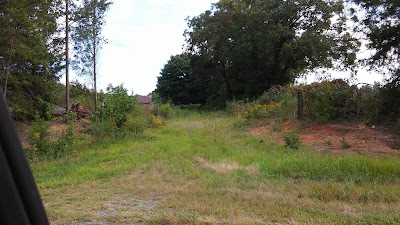 Of course the death was ruled accidental, but who knows?
[And in a side story, the father of the woman who once owned the house where the nephew died, was killed many years earlier in a house over on River Road that is no longer standing. He was killed on the porch and some said you could still see the blood stains. Legend has it he was killed by the Mafia... but all who would know are long dead.]

Just down the road from the Cow Palace is the site of another strange happening. There is a part of the road on which you will find a lot of graffiti, likely left by local folks or kids eager to try out the phenomena that has been told will occur if you drive north toward what appears to be a little hill on this part of the road. 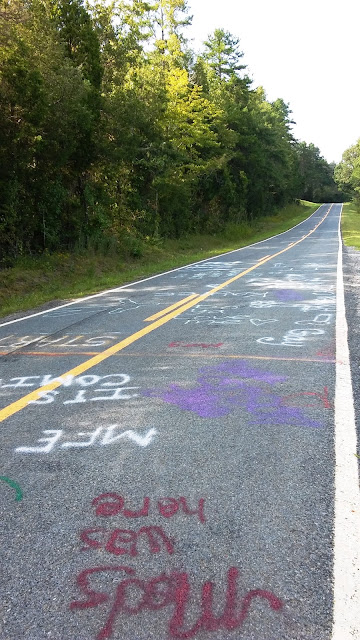 According to http://www.theshadowlands.net/places/northcarolina.htm, on this  part of the road, "you can stop and put your car in neutral and it will roll up the  hill."  There's more to this tale I had never heard before, and it is very sad, but if you are curious, look it up or go try it out for yourself. 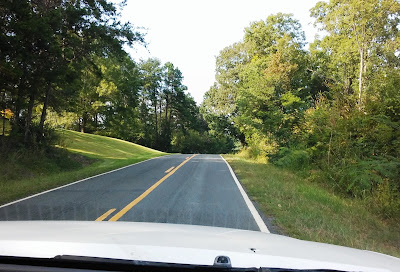 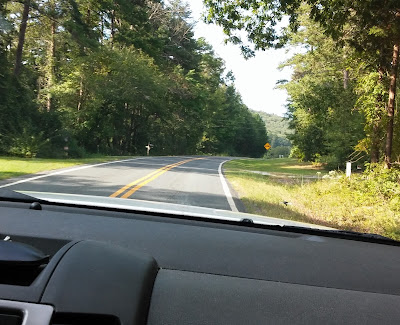 On a country stretch of road in Davidson County, outside of Denton, NC (just a few miles from Granny's), there is a little parcel of ground fenced in and containing a handful of graves. If you look carefully, you will see what appears to be a cemetery that contains both members of a local family and also the graves of slaves--both clearly marked. What stories behind these long departed individuals?  Who can tell their tales? 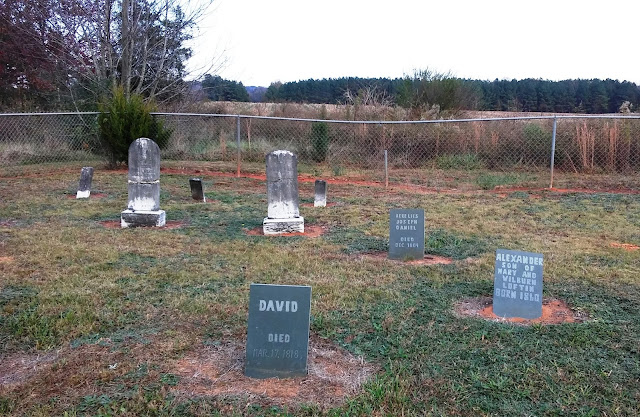 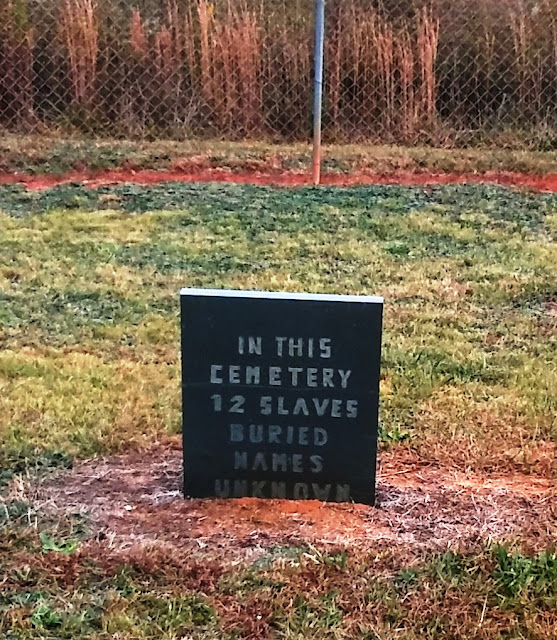 There are 2 sad stories of happenings to people from this area during or right after the Civil War.

There is an old farm site close to the Cow Palace where one happening is supposed  to have occurred. The story goes that a young man from the area had just returned  from the Civil War..having made it safely through all of the horrors. Some time after  his return, he went to a nearby farm to a social event, maybe a wheat thrashing or  a  corn shucking. 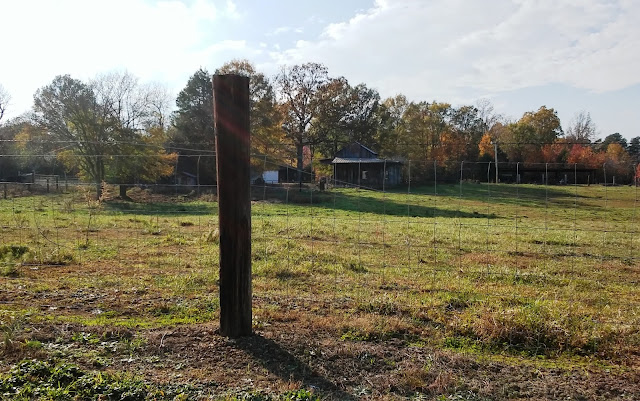 According to the story, he ate so much that he died...could he have been so starved  that he was overcome when there was plenty to eat?

There is another coming home story; this one was located at the site of the old Reid Plantation across the Yadkin River in Davidson County, near High Rock where Granny Cole lived. 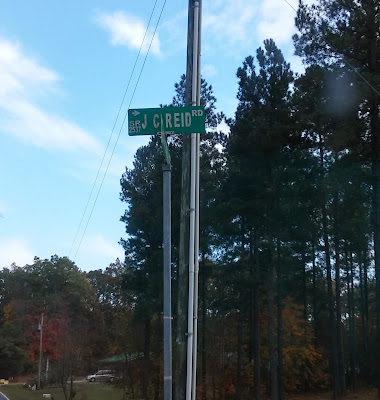 The plantation house and buildings are no longer there. [They were moved for preservation to the Denton Farm Park.] But the house was situated on a hill  overlooking the river. 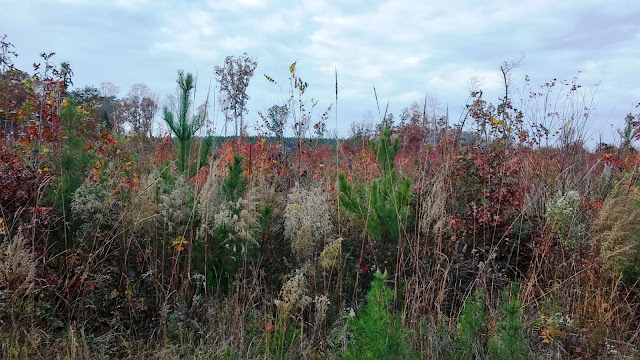 According to legend, one of the Reid sons was coming home from the War and decided to swim the river to reach his home on the other side. War had not harmed  him, but the river took his life, in sight of home. How very sad is that?

There are doubtless other strange tales which took place around High Rock...but there is one more that just was told to me...last week...and happened within the last year.  This story came to me from the person who experienced it...and I believe him. He was at Granny's High Rock house getting ready for a group of people who were coming to shoot a movie on site there. The story teller was in the process of opening the double wooden front doors to be ready when the film crew arrived. 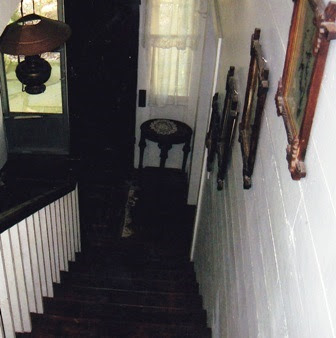 As he struggled to unbar the doors, which can be a bit tricky, he heard a knock on the outside aluminum door.   "Just a minute," he called, as he worked with the bar, which can only be removed a certain way.  He heard the knock again, very clearly. When he finally removed the bar and opened the door....there was no one standing there. No vehicles were parked in front of the house. Nothing. Thinking that some of the film crew had come early and left when they couldn't gain access to the house, he waited for their arrival at the expected time and asked them if anyone had come earlier.

No one had. It happened, I believe it. Can you explain it?