A fun thing to do with Granddaddy Cole growing up was going to the hardware store in Denton--Denton Hardware. 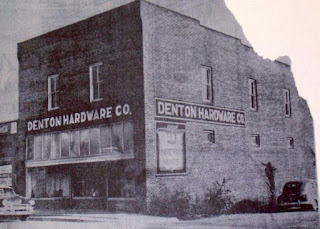 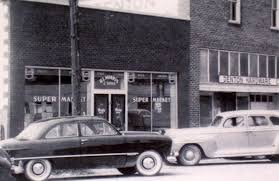 Now, during this time (1959-1966), there was a well-watched TV Western called "Rawhide. You may remember cowboy, Rowdy Yates--played by a young Clint Eastwood. The trail boss on the Rawhide cattle drive was named Gil Favor (played by Eric Fleming).

So, what does the Denton Hardware have to do with Rawhide?

Well, one of the special things about Mr. Hill Penry that I remember most was that he looked so much like Gil Favor. That made going to Denton Hardware with Granddaddy special indeed. It was a bit like seeing a celebrity in the flesh. 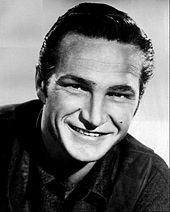 https://en.wikipedia.org/wiki/Rawhide_(TV_series
This is Gil Favor/Eric Fleming
Further research revealed that the real Gil Favor (Eric Fleming) drowned in 1966, soon after the demise of Rawhide.
The real Mr. Penry died on December 10, 1977.
While researching Mr. Penry for this entry, I came across something both interesting and more romantic than just his likeness to Gil Favor.
This link to Garden and Gun magazine highlights the marriage of Mildred Suggs Penry and Hill Penry in its "Great Southern Romances" article.
https://gardenandgun.com/slideshow/part-i-great-southern-romances/41/
Click on the link and you can judge for yourself whether you think Gil Favor and Hill Penry look alike. But my vote is Yes.
In any case, this article was such a special ending to Finding Gil Favor!
For now we see in a mirror dimly, but then face to face.
Now I know in part;
then I shall know fully, even as I have been fully known.
(I Corinthians 13:12)
Posted by JennyJohnson at 8:20 PM